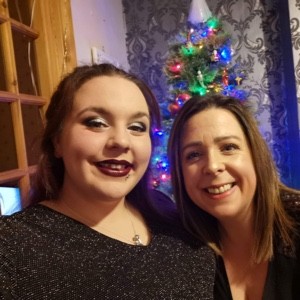 Please Help Us
Reach Our Goal

Me and my daughter Bella have decided to take part in the ‘walk for autism’ this year as it is a disorder that is personal to us, due to my youngest son having it and we wanted to do something this year to raise awareness and hopefully some money :)

We will be challenging ourselves to walk 10,000 or more steps every day for 8 days between the dates 26th March - 2nd April. The 2nd April being autism awareness day itself.

After my son was diagnosed with autism last year, it was only then charities such as autism initiatives became to known to me. After seeing the ‘walk for autism’ and the awareness it creates I knew it was something I wanted to do this year.

Any donation big or small would be really appreciated, to help loads of people across uk who suffer with autism.

Help make my steps count and show your support by donating today!

Thank you to our Sponsors